About > News and Events > Latest Articles > XtendFlex® vs Enlist E3® Soybeans. Which is right for you?

XtendFlex® vs Enlist E3® Soybeans. Which is right for you? 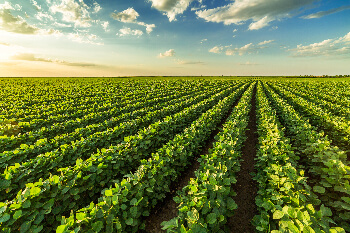 Triple stacked herbicide resistant soybeans are a popular choice among farmers as they provide herbicide flexibility to control resistant weeds. However, it may be a challenge to select a soybean trait that follows a herbicide program that best fits your operation. Below is a comparison of the XtendFlex and Enlist E3 soybean traits.

XtendFlex soybeans provide resistance to dicamba, glyphosate, and glufosinate. An advantage of the XtendFlex system is dicamba provides slightly better control of marestail, waterhemp, and giant ragweed compared to 2,4-D. However, dicamba can have problems with off target movement and can be challenging to spray near non-dicamba resistant fields. The addition of the glufosinate resistant trait can solve this issue by allowing you to spray Liberty® instead of dicamba as a post application, which eliminates the risk of off-target movement. UFC offers XtendFlex soybeans from Asgrow, NK, and Croplan.

UFC offers an extensive line-up for both XtendFlex and Enlist E3 soybean traits. Talk with your UFC Agronomist to build a soybean package with a herbicide tolerance trait that best fits your operation.